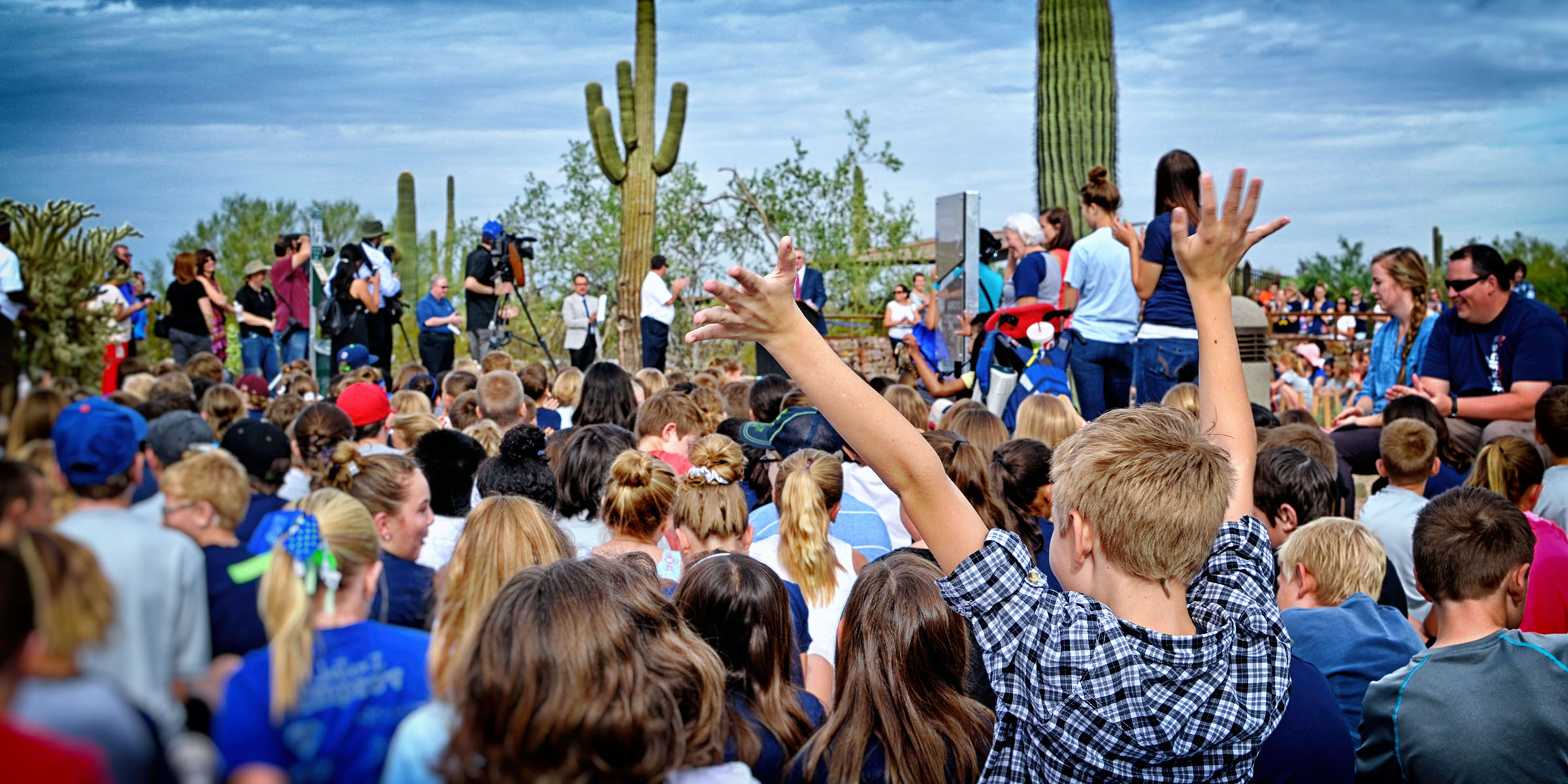 It was an amazing honor to have gotten to play such a central role in the look and feel of the park. Watching on opening day as people of all ages got excited travelling the park, interacting with ideas you remember just scribbling on trace paper. It was a singular moment to say the least. And really, one of the best parts was being able to collaborate with some crazy-smart designers, biologists, and botanists. Come on over and bring your little ones!

Click here to check it out on Mesa’s very own site. 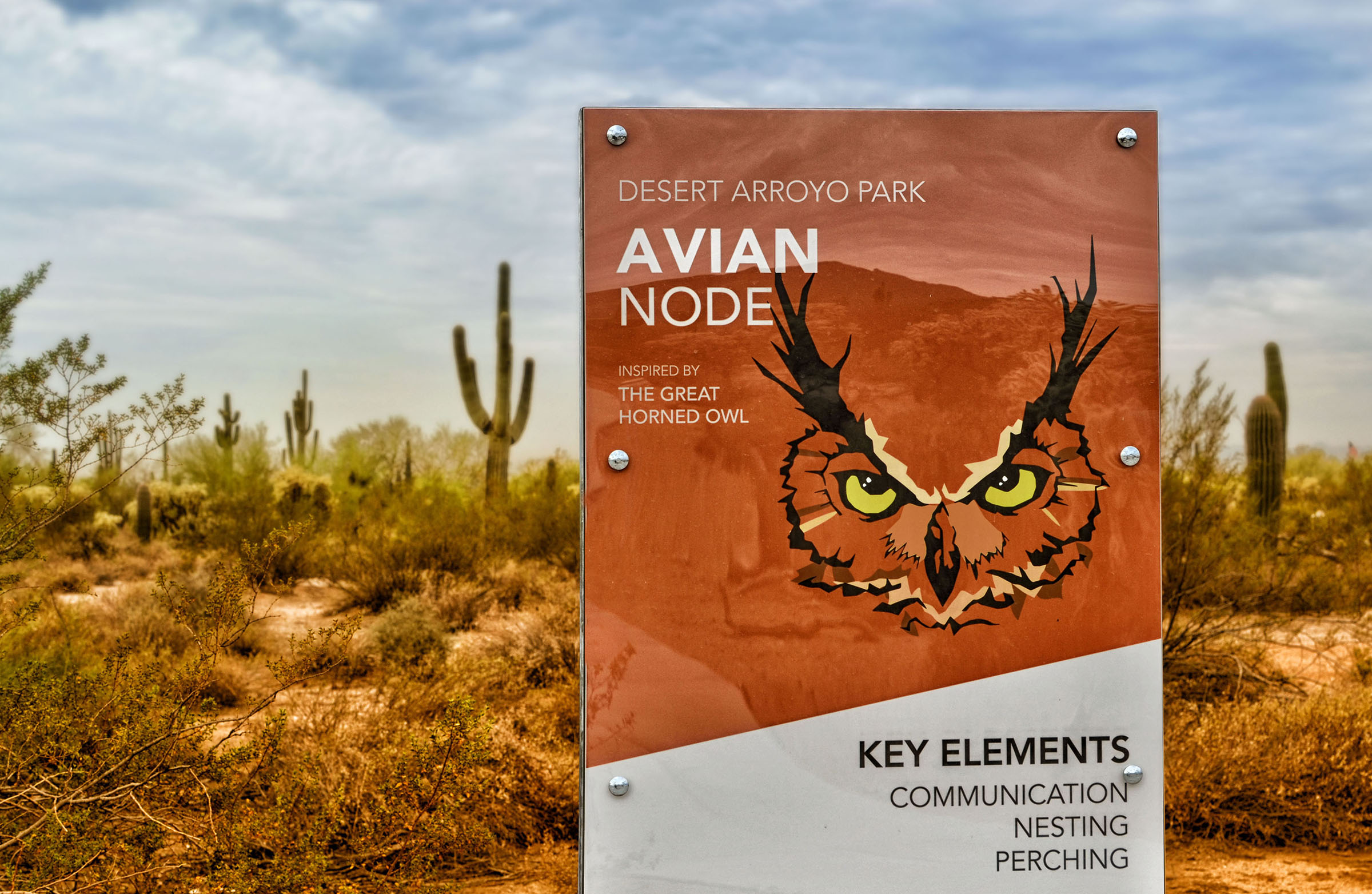 The Avian Node was inspired by the Great Horned Owl and many other native feathered friends. Working with some fellow biologists and landscape designers, we decided we wanted to graphically integrate 3 elements of the bird’s lifestyle into the node’s design: communication, nesting, and perching. To accomplish this we brought in gigantic playable wind chimes and mounted binoculars, incorporated heavier massings of fallen debris around the perimeter (landscape “nest”), planned the node itself in an area with the highest saguaro population to encourage bird sightings, and utilized desert flora that spoke form language that closely resembled those found in the owl’s physical form (ocotillo = ear tufts, so on…).

I got a chance to play the chimes and I must say, they are a ‘hoot’…. 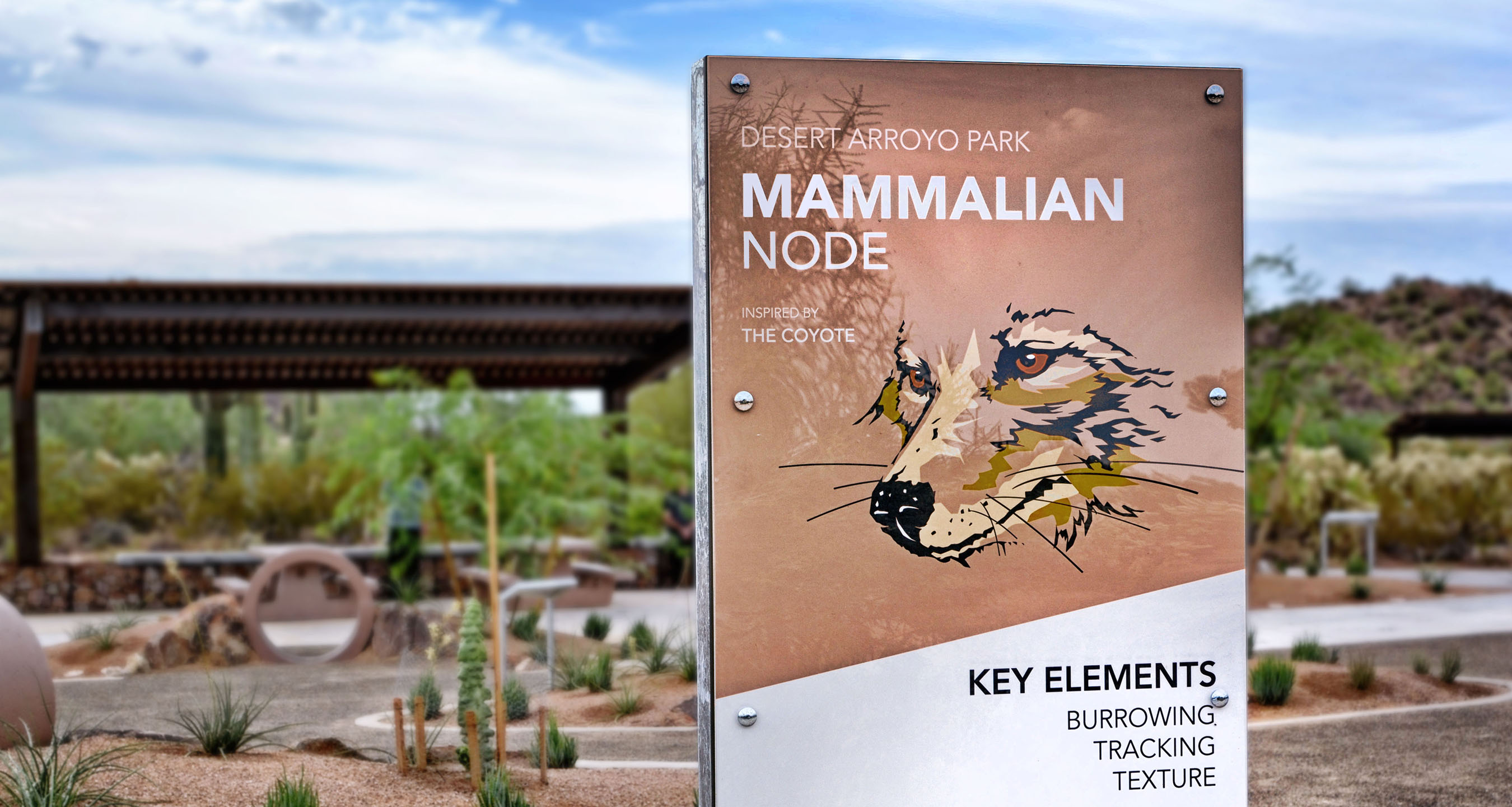 The Coyote was chosen as the inspirational animal for the Mammalian Node and to keep with the theme, we chose burrowing, tracking, and texture as the focus elements. One of the ways we threaded these elements into the node were with large “burrow” crawl tubes flanked with native grasses and soft-textured landscape meant to pay homage to the fur/hair found on the mammals selected. Animal prints/tracks played a big role as well in both form and function. The node, itself, was designed to appear as if a large coyote footprint had passed over it, leaving circular landscape pads in it’s wake. Intertwining sandblasted mammal footprints also trail across the concrete, encouraging children to track their mystery animal’s movements.

Just FYI…I can fit in those tubes pretty well. I say that for both a sense of scale and a sense of personality. 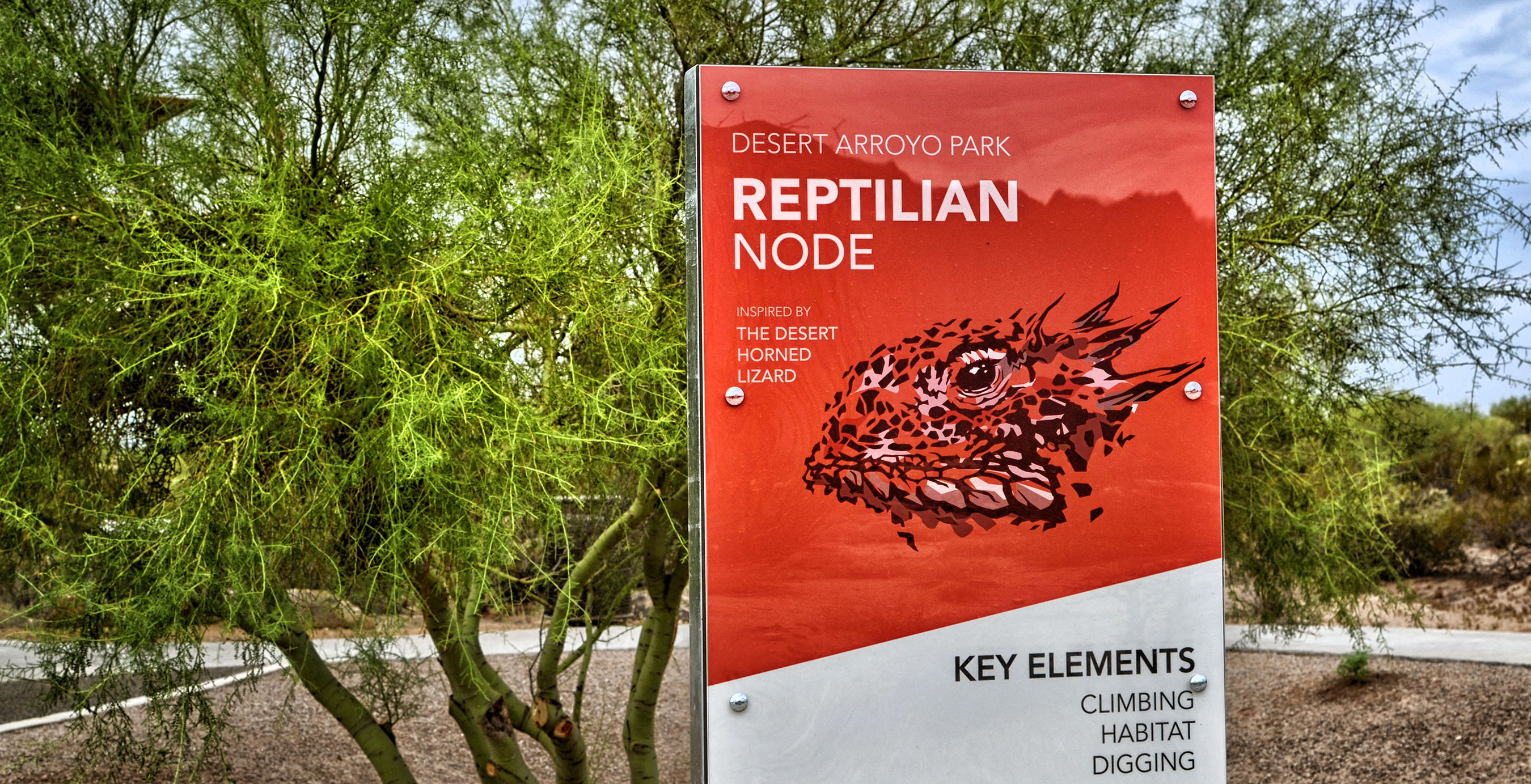 Up next is the Reptilian node brought to you by the Desert Horned Lizard. Climbing, habitat, and digging were chosen as the 3 elements to focus on through the design process. Here we blended in a much rockier, more angular landscape with boulders and natural stones ringing around the node. A large sand pit lies nearby, begging children to dig up the large hidden reptile “fossils” deep under the surface. Other initial ideas that didn’t quite make the cutting-room floor were imprinting customized patterns in the concrete to highlight the reptile class’s unique skin textures and a playground-grade bouldering experience.

I have yet to find any of those friggin’ fossils man. 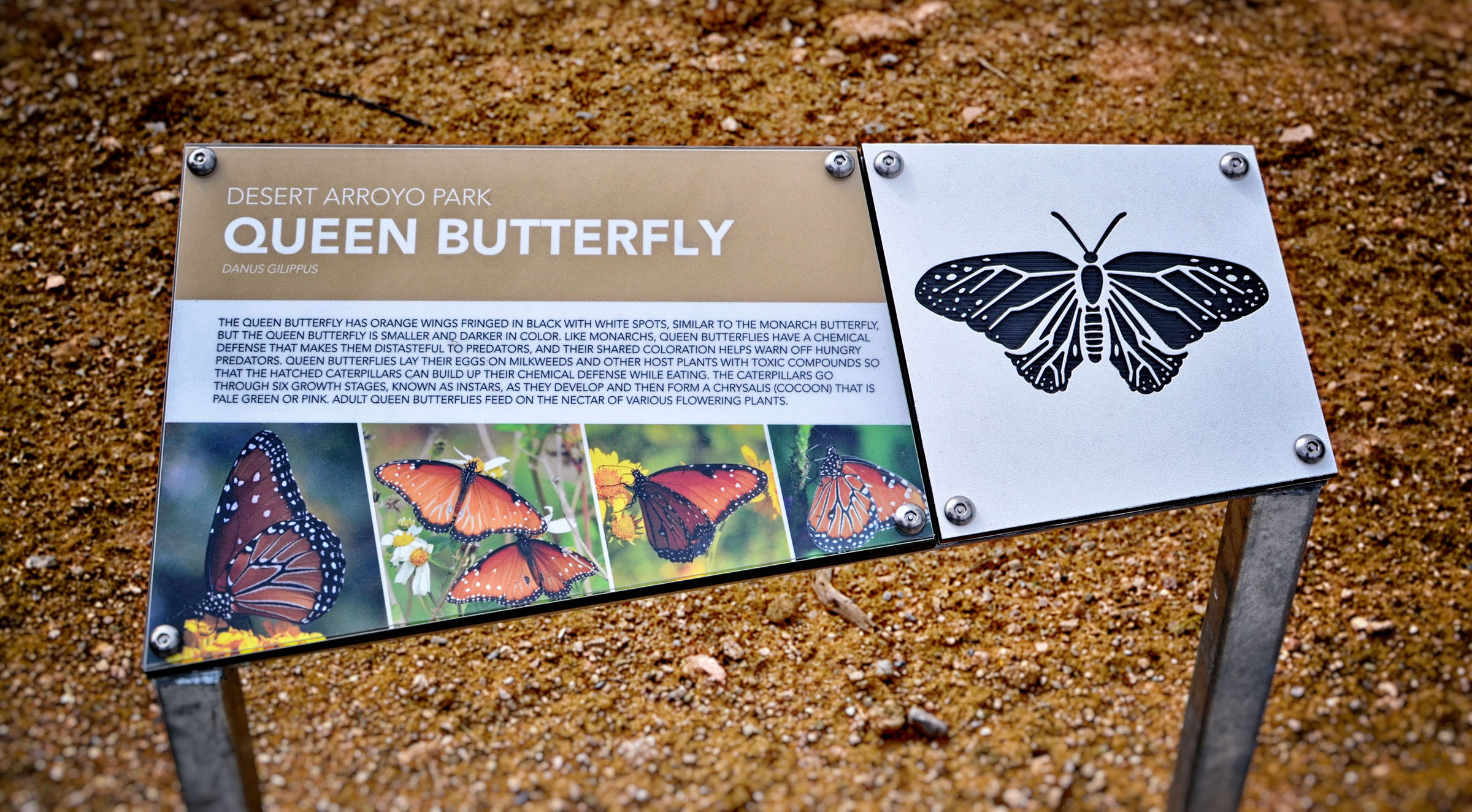 A couple up-close shots of the laser-cut stencils found in many of the park’s signs.

The thought came up that it would be pretty slick if kids had a way to enjoy all the native animals we highlighted in their own way. Heck, I remember being a kid and how much better I remembered and, probably more importantly, valued the things I was taught when I had something visual to accompany them. The idea of incorporating some kind of unique tactile experience for the visually impaired also came up. The end result is what you see here, informative signage that children can use as a stencil for art project rubbings and collages and the visually challenged can explore with their fingers. 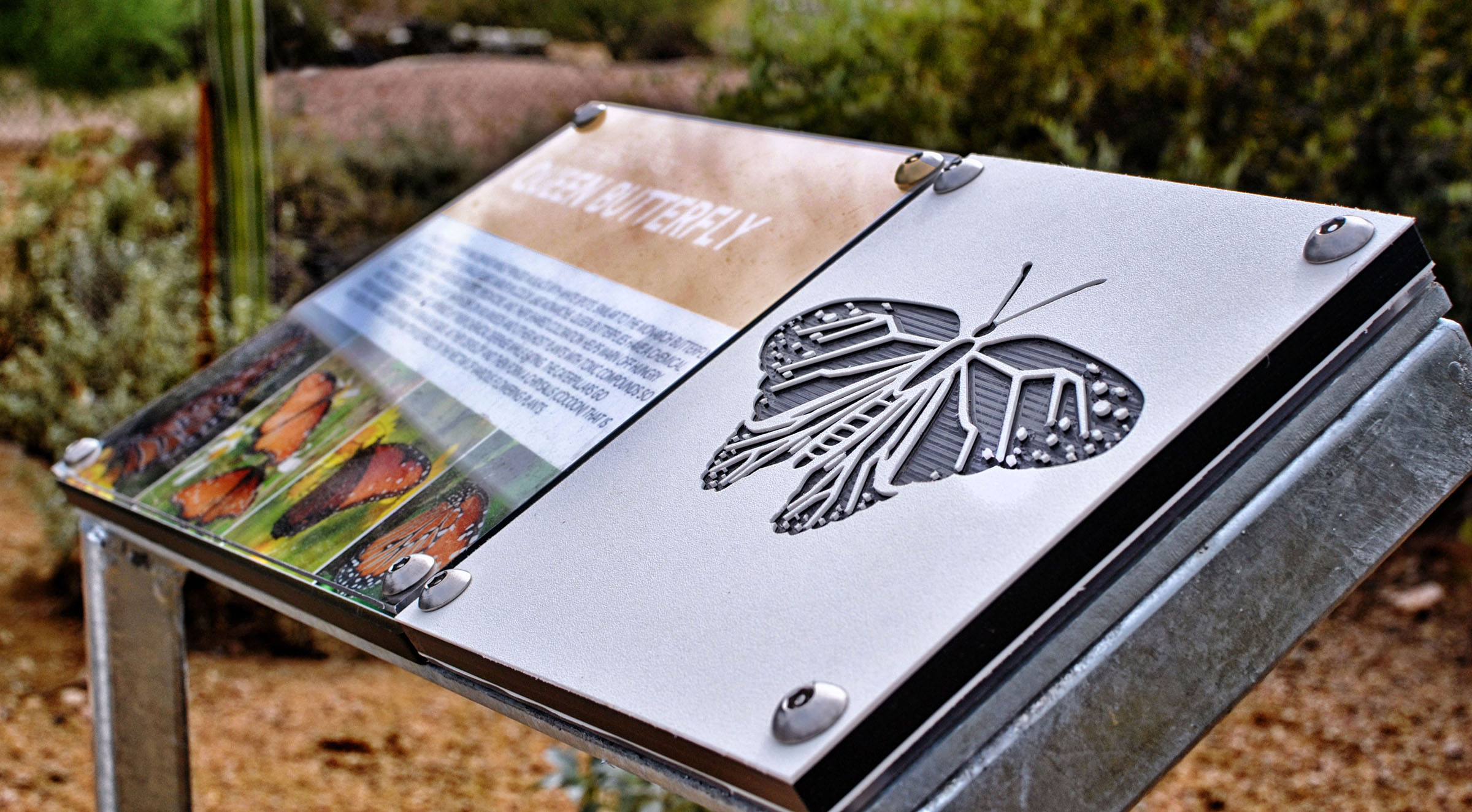 Just a small glimpse at some of the elements that went into the planning, design, and theming of the park. 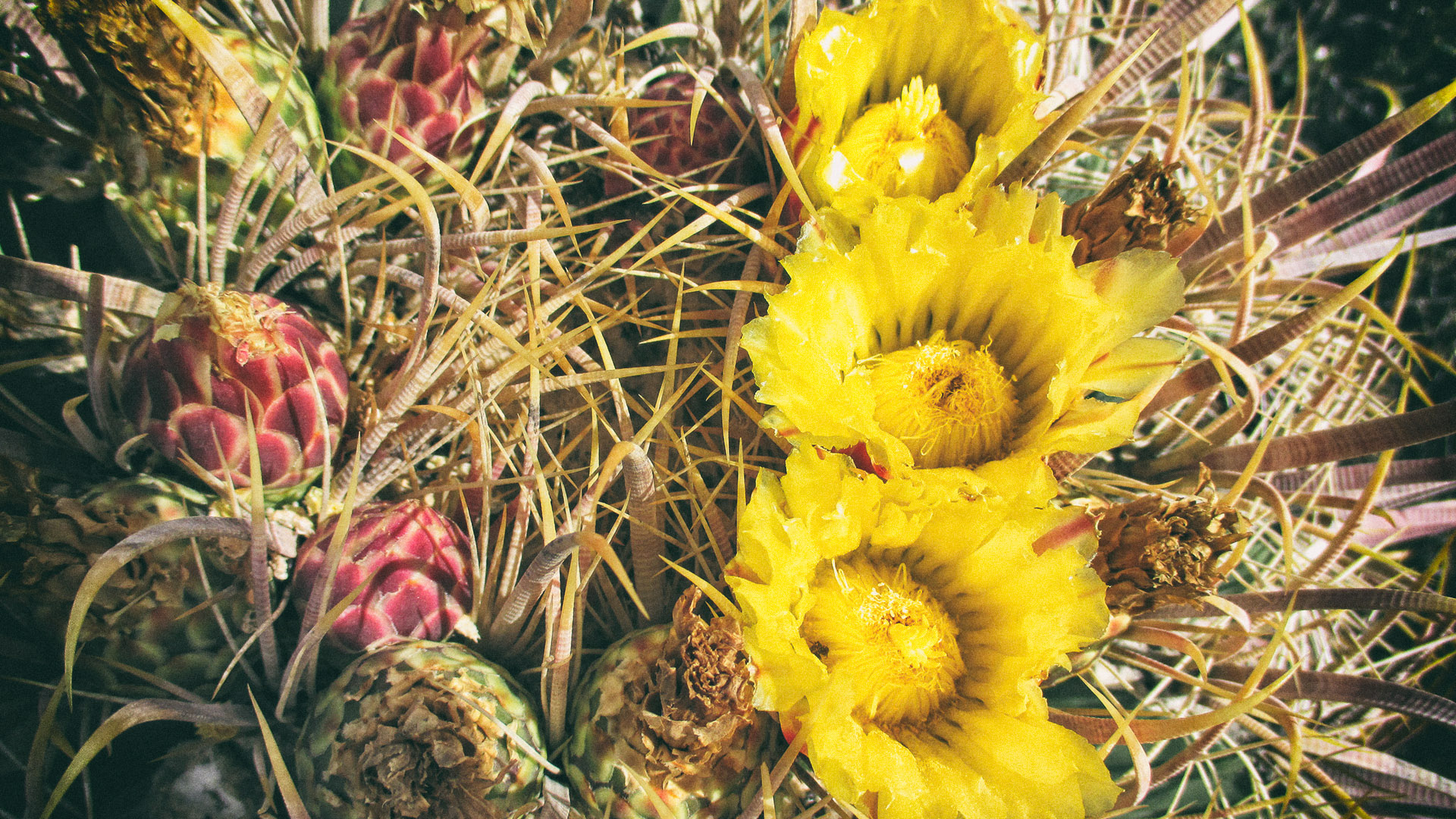 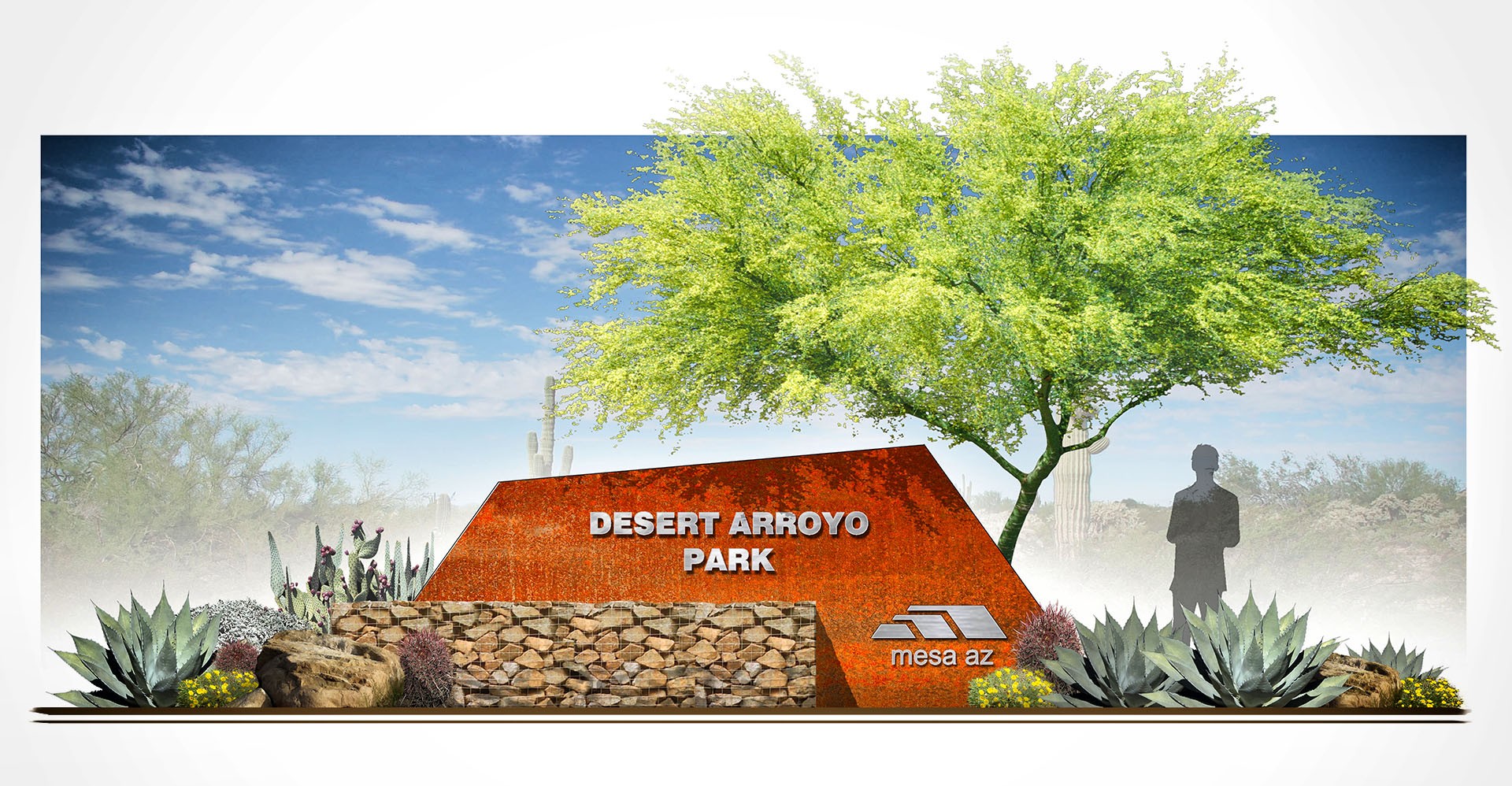 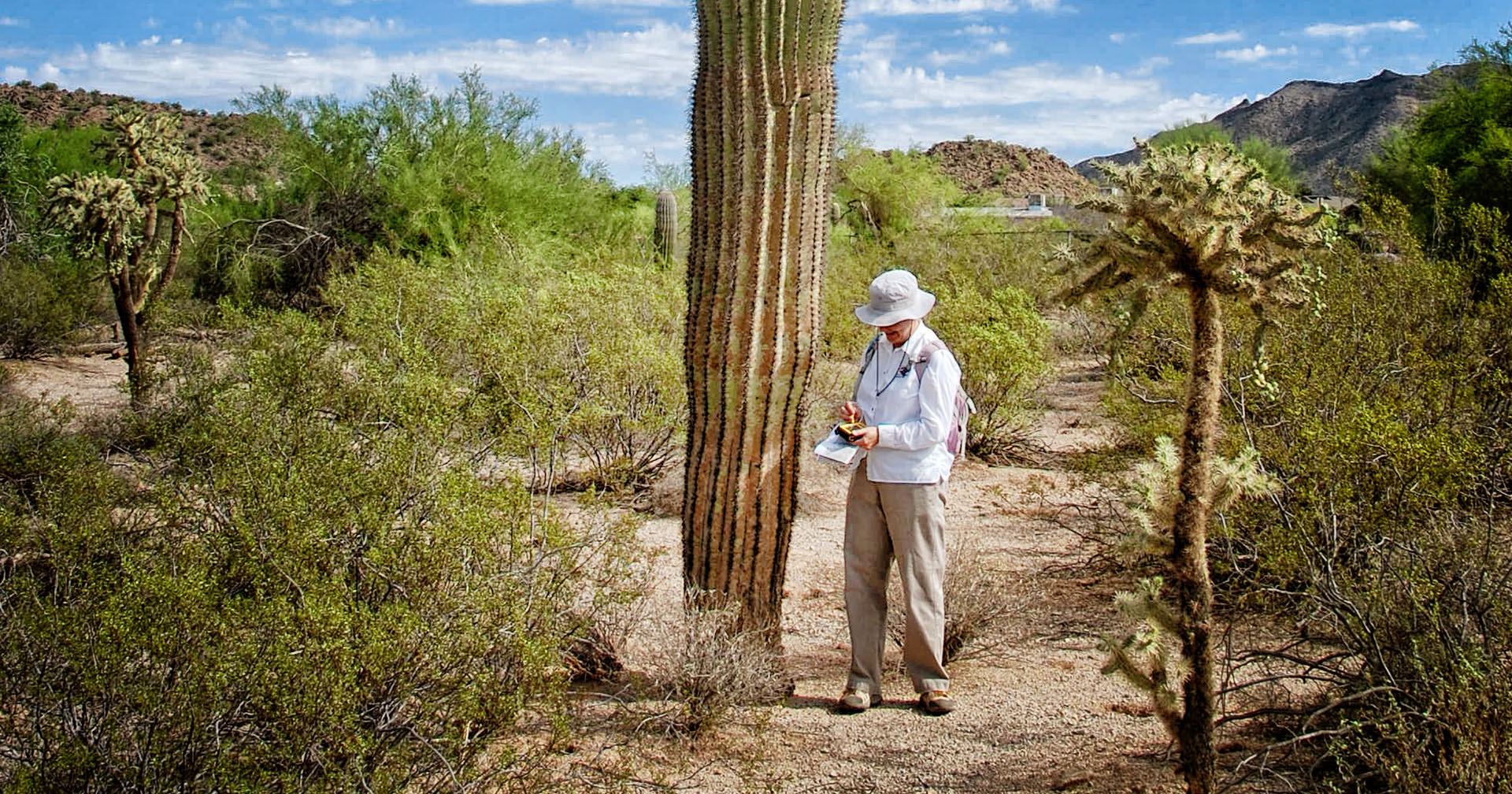